“Astrology is a Language. If you understand this language, The Sky Speaks to You.” - Dane Rudhyar

Jyotish.com is a platform that aims at spreading ancient Indian Vedic astrology and Vedic sciences. This unique platform has plethora of information for any enthusiast interested in learning about Vedic astrology and Vedic sciences. The platform is governed and run by non-profit educational organizationincorporated in Pennsylvania USA with a stated goal of spreading authentic shastra-based knowledge of Jyotisha (Vedic Astrology) and other ancient Vedic Sciences e.g. Ayurveda, Yoga, Vaastu, and other related disciplines.

Although ArshaJyotish as an organization came into existence in April, 2020, its roots started about 30 years back from the inspiration of Swami Dayanand Saraswati ji of Arsha Vidya Gurukulam (AVG)

Jyotish.com is supported by some of the most renowned leaders in Vedic astrology and Vedic Sciences circles.

Our primary objective is Jyotish is to spread jyot of Jyotish (Vedic Astrology) and Ancient Vedic Sciences (eg Ayurveda, Yoga and Vaastu) to knowledge seekers worldwide. To spread the knowledge of Most Authentic Knowledge of Vedic Science. We want to convey the righteousness of this beautiful astrological science in this rapidly developing world who has lost its faith somehow in this spiritual science. So just be with us in our journey.

We believe that Jyotishaare even by today's standards, advanced in philosophy, wisdom and scientific techniques. On Jyotish(Vedic Astrology) and Vedic Science, We are building the oldest body of knowledge and wisdom that we know of to date. Vedic astrology and Vedic Science is a tool for self knowledge and understanding the connection to our celestial and earthly environment. Having a jyotisha (Vedic astrology) and Ancient Vedic Sciences, you can construct and create your life.

The ancient teaching of the Vedas have given us some guidance. And of course, we need to have a teacher who knows us very well, who can tell us (more or less) where we are at, and what are the different steps that we need to take.We are stated goal of spreading authentic shastra-based knowledge of Jyotisha (Vedic Astrology) and other ancient Vedic Sciences e.g. Ayurveda, Yoga, Vaastu.

“Vedic knowledge is post-industrial and post-morden, though it comes to us from the dawn of history.’’ - David Frawley

“Astrology is a science in itself and contains an illuminating body of knowledge. It taught me many things, and I am greatly indebted to it.’’ - Albert Einstien 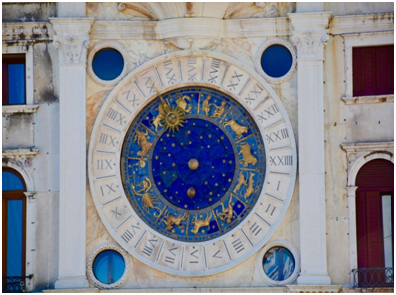 About of Jyotisha (Vedic Astrology) and Vedic Science

Rooted in the Vedas, India’s ancient system of knowledge, Vedic astrology is based on the belief that the stars and planets have a powerful influence on our lives.

According to Hindu teachings, life is meant for spiritual growth. This growth is, in part, facilitated by karma, the concept that every thought and action has a corresponding reaction.

The Vedas say that a person’s karma is directly related to the position of the planets and stars, and thus astrology is the method of understanding one’s karma by analyzing these positions.

Originally known as jyotish, or “the science of light,” Vedic astrology is considered by many to be the eye of the Vedas, because it is meant to provide guidance to individuals who feel lost or confused on their life’s journey.

Ayurveda, Yoga, and Vedanta are the three hottest fruits of the Vedic system that are highly valued today. At their base lies a firm theoretical foundation of the in-depth, holistic study of nature, human psychology and of data itself, its means (observation), methods (logic and language), and validation (experimentation).

We can call this inner science of Self-knowledge, ‘Vedic science’. Traditional Yoga and Vedanta also has its goal as the objective pursuit of truth. But it aims at the supreme truth – which is the eternal – that truth which never changes. It regards relative truths – up to and including the very existence of the external world itself – as ultimately an illusion because these eventually, at one time or level or another, are found not to be valid. This yogic science aims not just at the knowledge of the world but an understanding of Knower.

The Importance of Vedic Astrology in our Live:

In this modern age of technology and science with heterodox thoughts and concepts, do you think astrology is significant? Astrology is an ancient concept, as old as time, you can say. It is an importance aspect of our lives – our past, present and future. To a great extent, astrology is used to forecast and predict future events and can also be used as a medium to get rid of any kind of mishap related to planetary positions.

The concept that planetary bodies in the solar system can actually provide a vision of the future has fascinated people from a very long time. Our interests with astrology range from a regular glance at a newspaper’s zodiac signs section to making significant decisions in life related to marriage, finance and career and even predictions on health. It is known that many successful people have consulted astrologers to help make decisions in their lives.

Astrology lights the path known as life and it is entirely our choice as to whether we want to travel on this path or not. Astrology helps us to know how we can make the best possible use of these tools in our lives for our benefit when we see the bad phase in our lives. Astrology is the connecting chord among our past, present and future. It knows no caste, religion, gender or nationality. It simply concerns the important fundamentals of our everyday lives.

It will be instrumental in the following ways:

People around the world are now mindful of the very fact the modern-day medicine has severe limitations. They merely work on the symptoms and fail to deal with the basic explanation for an ailment.

Therefore, the people are trying to find an alternative holistic approach to reinforce modern science in pursuing wellness at the physical and mental levels. This is the rationale behind the rising popularity of Yoga and Ayurveda. There’ll be a growing demand for practitioners, consultants, and researchers in these areas. A solid foundation in Vedic sciences may be a prerequisite to excel in these fields.

The Vedic methodology offers a different perspective and data points that expand the horizons of the students remarkably. Some examples are – more reliable cures for contemporary illnesses, eco-friendly metallurgical and agricultural methods, and unique insights into the social organization, leadership, and conflict management. These areas open new vistas for entrepreneurship also as multi-disciplinary research.